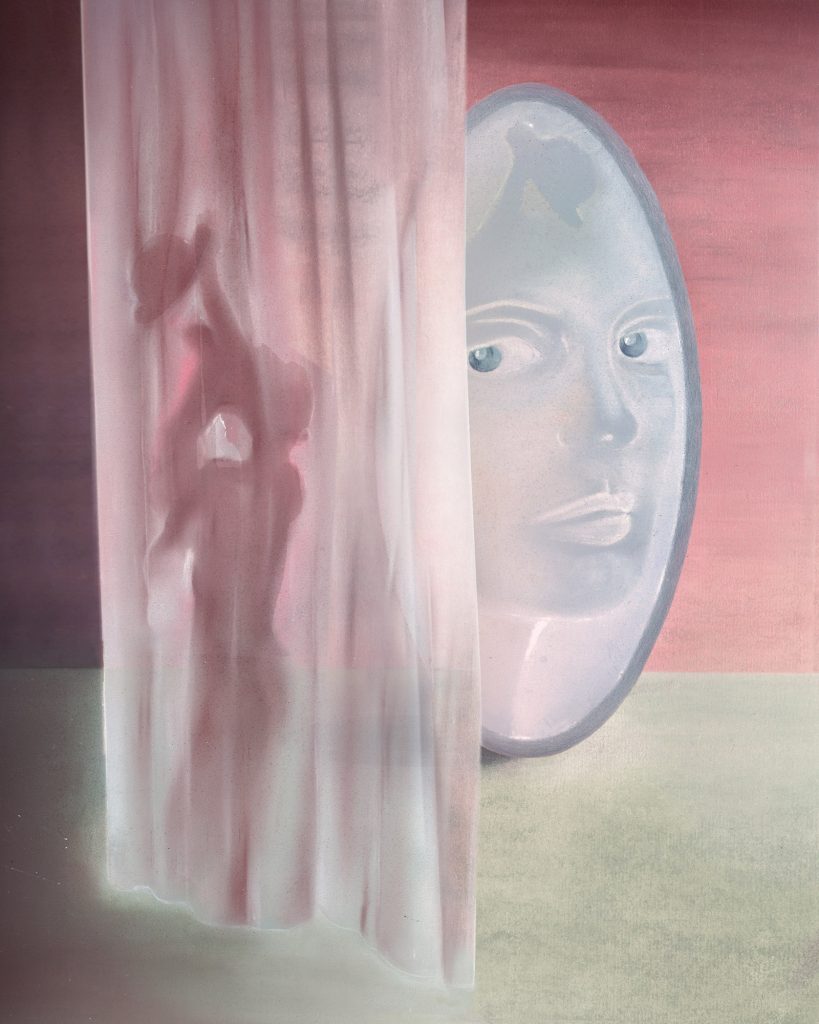 The Unbearable Lightness of Being

Editorial illustration to accompany the republishing of an excerpt from The Unbearable Lightness of Being by Milan Kundera, originally printed in the magazine in March, 1984.

The soft pastel drawing explores the duality of themes in the text; self and other, body and soul, seeing and being seen. The mirror is suggestive of weight; ‘the body as a cage’, observing through the curtain. The half-seen silhouette is a reference to lightness, to the something ‘that looked, listened, feared, thought and marvelled; that something, that remainder after the body had been accounted for, was the soul’.