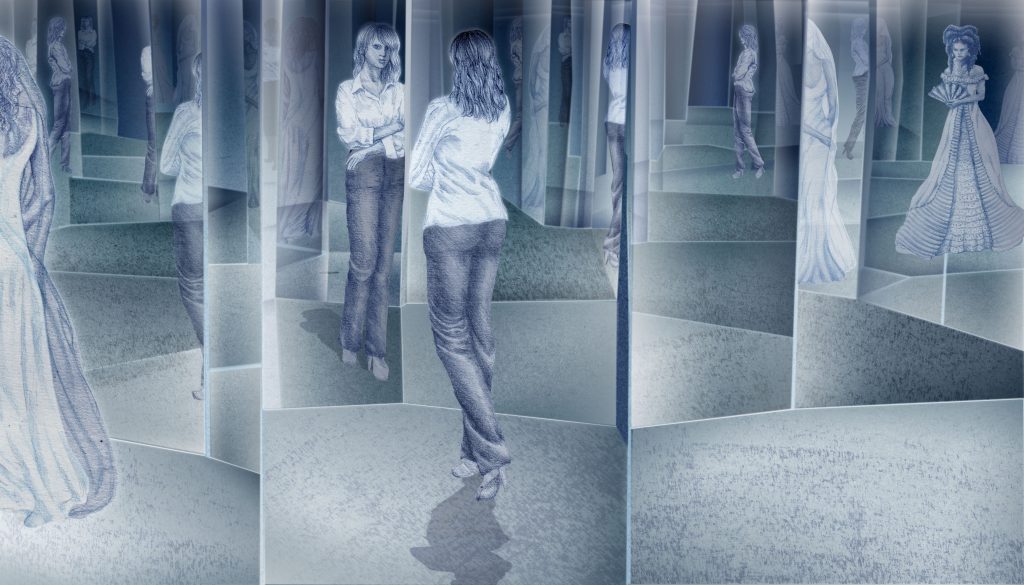 Editorial illustration to accompany the New Yorker review of Nathalie Leger’s trilogy of books; Exposition, Suite for Barbara Loden, and The White Dress.

Leger is projected, refracted, and distorted through a multitude of lenses and angles, creating a deeply fragmented and layered self-portrait. Her three subjects – the Countess da Castiglione, Barbara Loden and Pippa Bacca – appear as reflections, posing the question of what a woman recognises when she sees herself in another woman. It is a profound exploration of performance, moving from a woman who commissions photos of herself, to a woman who acts in and directs a role she has written herself, to a woman who stages her own performance and films it herself.